A great lover of writing, passionate connoisseur of perfumes and cinema, as well as a dear friend: Gabriela Guidetti.

I am honored and still excited by the reading of his article, and I am always surprised how much you manage to give me and how much beauty is returned to me; so I'm sure that maybe what I do is a good thing.

I leave you to the story of Gabriela,

from The Leopard by Giuseppe Tomasi di Lampedusa

The natural botanical perfumes or fragrances are part of that niche made up of artisans and herbalists, connoisseurs of perfume art trying to instill in their fragrances a kind of reality of their memories and impressions of their land.

La Mia Casa nel Vento is one of these magical crossroads and the real and abstract place in which Maria Martino lives and creates.

Surrounded by intense scents of the Mediterranean touching the bright coasts of Calabria, Maria for several years is trying to recreate that inebriating scented air flow that enters every morning from its windows opened on the Calabrian hills. 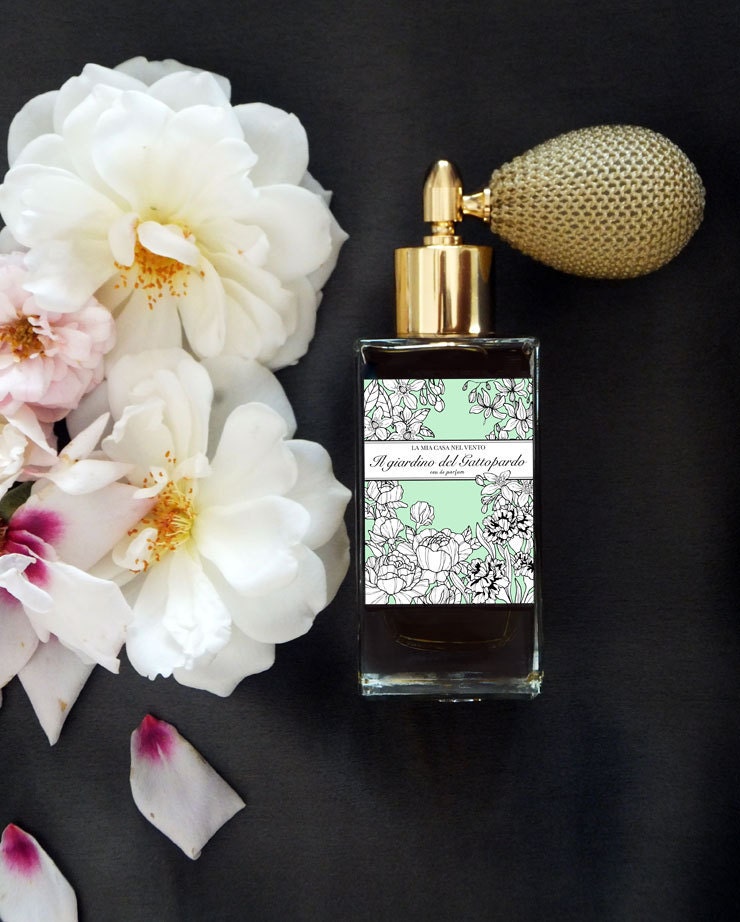 Hand-made solid and liquid perfumes handcrafted in small numbers and encased in precious small chest that protect the fragrant heart, ready to reverberate on the skin of those who wear them all the olfactory suggestions that inspired Maria  And to inspire Mary, or Mariù for friends, are not only the smells of his land, but also those that wake up between the pages of a book she loved, like the scents that emanate in the garden of the Prince of Salina, the protagonist of Il Gattopardo, the masterpiece written in 1958 by Tomasi di Lampedusa to which Mariù dedicated her perfume Il Giardino del Gattopardo. In 1963, the Italian movie master Luchino Visconti directed the film based on the literary classic.

Sumptuous tableau of the twilight of the ancient Sicilian nobility between end of the nineteenth and the beginning of the twentieth centuries, Il Gattopardo revolves around the figure of Prince Fabrizio Salina, the spectator against his will of the historical changes, and his tormented acceptance of the union between the new bourgeoisie and the decadent aristocracy led by young members more interested in politics than in twelfare of their homeland. 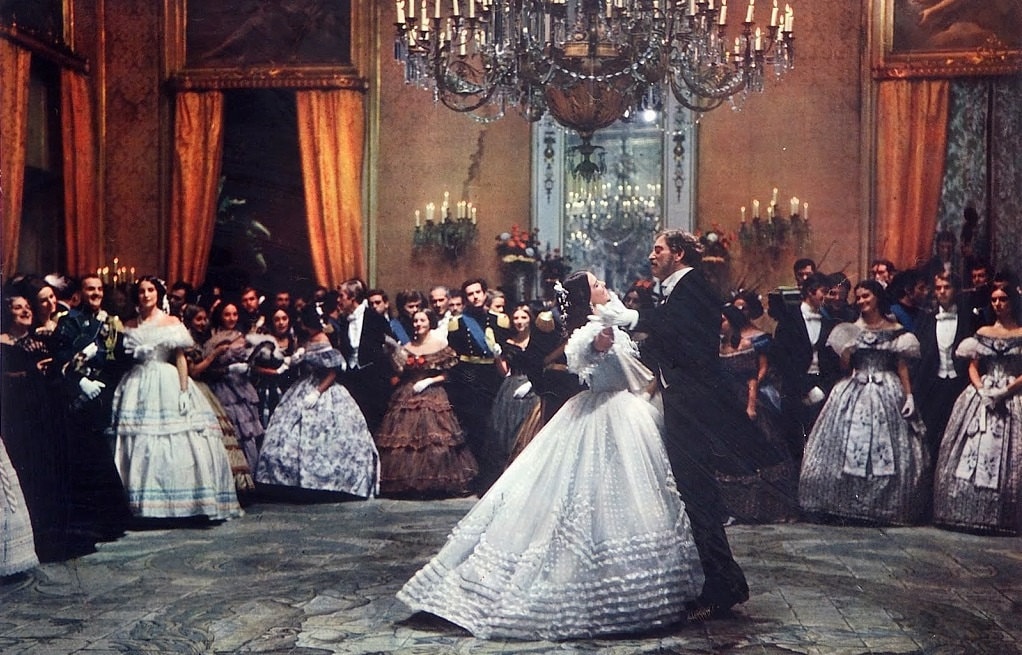 There's a sequence, one of the most famous in the movie, which does not take place outdoors, but which also has all the intensity of the perfume created by Mariù: the waltz of Don Fabrizio, Il Gattopardo (Burt Lancaster) and Angelica (Claudia Cardinale), the fianceè of Tancredi (Alain Delon), the Prince's grandson.

Golden stuccos sumptuously decorate the ballroom and reverberate the soft lights of the candles over the guests wrapped in tails, silks, lace and damask. Heat and whispers, alluring glances and waving fans.

The orchestra starts playing a waltz, just as Don Fabrizio, Tancredi and Angelica enter into the great hall.

She invites the Prince to dance.

Angelica in her white dress, rich and fluffy is like a breath of refreshing and bright citrus. Bergamot and neroli weave into the silky ruffles flounces of the dress and then lay down on Angelica's amber skin.

The two dance elegant and light while all others admire and murmure.

Citruses dissolve in dense notes of opulent and sugary flowers.

Magnolia, acacia and rose bring out mediterranean and impudent beauty of Angelica and radiate her femininity in throbbing waves.

Prince leads the waltz with the aplomb and the coolness of those who did not need to prove anything because he is the Gattopardo, last survivor of an ancient coat of arms.

Don Fabrizio is the Sicily, is the smell of the sea and herbs dried up by the sun and for this by even stronger.

The noble flowers are seduced and cooled by notes of mint and green myrtle and lead the fragrance up to the last pas-de-deux.

The dance ends and Don Fabrizio brings back Angelica into the arms of the handsome Tancredi. It's time for the Gattopardo to go and leave his time and his world to the young lovers.

It will stay in the air the heady scent of his garden drowned in the sun.

And this fragrance will turn in the mellow waft of a rustling silk unrolled on the skin and in the olfactory enchantment of a distant memory evoked by Mariù in La mia casa nel vento.